On the 6th of December 2021, he converted to Hinduism (Sanatan Dharma) against his will in the presence of Yati Narsinhanand Giri Maharaj, the chief priest of Dasna Temple in Ghaziabad. He is notable for petitioning India’s Supreme Court and creating the Bollywood blockbuster Ram Ki Janmabhoomi. 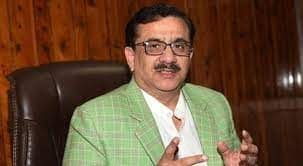 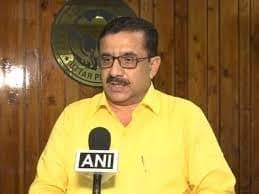 Wasim Rizvi was the head of the UP Shia Central Waqf Board until last year, a position he held for nearly a decade.

Rizvi, the son of a Class II railway employee, never completed his education. In 2000, he was elected as a Samajwadi Party (SP) corporator from the Kashmiri Mohalla ward of Lucknow’s Old City, and in 2008, he was appointed to the Shia Waqf Board.

After a falling out with Shia priest Kalbe Jawwad, who accused him of siphoning off funds, Rizvi was expelled from the SP for six years in 2012. The Shia Waqf Board was also disbanded as a result of this. Rizvi, on the other hand, was eventually granted relief by the court and was restored.

The CBI filed two complaints against Rizvi and others in November 2020 in connection with suspected irregularities in the sale, acquisition, and transfer of waqf assets in Uttar Pradesh. One case was filed in Prayagraj in 2016 at the Kotwali police station under IPC sections 441 (criminal trespass) and 447 (punishment for criminal trespass), and the other was filed in Lucknow in 2017 at the Hazratganj police station under IPC sections 420 (cheating and dishonestly inducing delivery of property), 409 (breach of trust by a public servant, banker, merchant or agent) and 506 (criminal (criminal intimidation).

Rizvi said the instances were the result of a “conspiracy.” He stated last year that the Criminal Investigation Department (CID) inquiry into the Lucknow case yielded no results, despite the fact that he was not personally involved in the Prayagraj case.

The Current Plea and Reaction

The 26 passages “encourage violence,” according to Rizvi’s PIL, and were not part of the original Quran, but were inserted in subsequent revisions, and hence should be deleted from the holy book.

Shias and Sunnis have united to oppose the PIL, stating it is nothing more than a publicity play aimed at hurting religious sensibilities. There have been rallies against Rizvi in numerous locations since the petition was submitted on March 11, and police complaints have been made against him, including one by a BJP official in Jammu and Kashmir and another in Bareilly, Uttar Pradesh.

A lawyer from Moradabad has been charged for offering a reward of Rs 11 lakh for “beheading” Rizvi. Shiane Haider-e-Karrar Welfare Association, a Muslim organisation in Uttar Pradesh, has previously declared a Rs 20,000 reward for Rizvi’s execution. Rizvi’s ex-communication has been urged by several Muslim religious leaders.

What is Wasim Rizvi’s new name?