Sam Neil is a famous British  Actor,  Writer, Director and Producer who is famous for his Acting  in Thriller movies like Jurassic Park , Jurassic Park III for playing the role of Dr. Alan Grant. He firstly gained his Recognition with his films like Sleeping Dogs. He then played the main role of the film My Brilliant Career, He also Starred in films like Possession, Omen III: The Final Conflict, A Cry in the Dark and The Piano.

He also narrated , directed  and produced different Short Films and Documentaries. He was named as Officer of the Order of the British Empire in 1991 and a Distinguished Companion of the New Zealand Order of Merit in 2007, for his works in the Films. Sam Neil was born on 14th September, 1947 . He is Currently 74 years old , He is from Omagh, Northern Ireland, He is British  by Nationality and Virgo by Zodiac Sign and talking about his religion, he is a Roman Catholic but he never talks about his religion  more as he doesn’t like the things that occur in the name of Religion.

Sam Neil was born to Dermot Neil and Priscilla Beatrice in a small town of Ireland , His father is from New Zealand itself , he was an Army officer and his mother Priscilla is an English man , He was very small when his family moved to New Zealand, He also has a Brother  Michael Neil.

Sam Neil went to Christ’s College, a boarding school in Christchurch, where he changed his name to Sam from Nigel John Dermot Neill as there were other kids named Nigel too, then he went to pursue English  in University of Canterbury and Victoria University, where he got his first exposure to acting. Growing up he also faced the problem of Stammering. 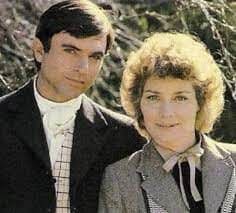 Sam Neil had two marriages, He married Lisa Harrow (1980-1989) ,  From his first wife , he has a son Tim .The couple separated in 1989,  He then married Noriko Watnabe in 1989 he had a daughter named Elena from her and he was the stepdad of Maiko Spencer that was the daughter of Watnabe from her previous relation. He is now in a Relation with Laura Tingle. 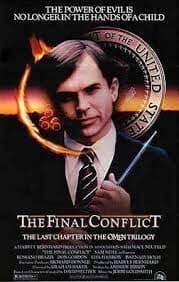 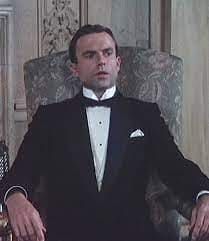 Sam in Reilly: Ace of Spies

Sam Neil Began His career as a Member of New Zealand National Film Unit, He spent seven Long years working there , before he jumped into acting , One of his first films were The City Of No(1971), then he starred in a short Film The water Cycle(1972), In 1977 he starred in the lead role of Action Drama Thriller, Sleeping Dogs which earned him Recognition in New Zealand.

Then after moving to Australia, he was signed as the male role of the successful drama My Brilliant Career, in 1979. Then in 1981 he played the role of Damien Thorn, The son of Devil, in the British- American Horror film Omen III: The final Conflict. That very year he also starred in another horror film  Possession.

In the year 1993 he received huge Recognition through the role of Dr. Alan Grant   in the popular Sci fi Thriller, Jurassic Park , he reprised in 2001’s Jurassic park III. Then he also gained recognition through “The Piano- about a tale of the Forbidden love” also earned him a widespread Recognition. Sam’s net worth is around 18 million USD.