Michael Sheen is a Famous Welsh Actor t, who is known for his performances both on screen and on the Stage, He is very well known for his roles in the plays like Romeo & Juliet , Don’t Fool with Love, The Seagull, The Homecoming and Henry V. Not only this he also played the lead role in the play Hamlet, He became a popular Screen actor from the year 2000, he did a number of good biopics, He played the role of Tony Blair, the famous British Politician , that was named “The Deal”, for this particular film he also received a BAFTA and Emmy Award.

He also did a Fantastic Job in the film Fantabulosa , Besides Acting he also Directed a play named The Passion, He also Co founded a Theatre company named  Thin Language Theatre Company. Michael Sheen was born on 5th February, 1969, He is currently 53 years, He is from Newport, Monmouthshire, Wales, Sheen is Welsh by Nationality and His zodiac sign is Aquarius and he is a Christian by Religion .

Michael Sheen was born to Meyrick Sheen and Irene Sheen, his father  was a British Steel Corporation Manager and his mother was a Secretary . Both his parents were involved in Local Operas and Musicals, his father also worked as a Professional Jack Nicholson look-alike, He grew up with his younger sister Joanne, When he was five, the family moved to Wallasey and after three years,  his family moved to Port Talbot and settled there.

Michael Sheen studied at the Glan Afan Comprehensive school and there he completed his basic education, He got the interest and passion towards actin through his mother and Father, His father worked as a Look-alike of Jack Nicholson, and also performed at local Operas, At ‘Neath Port Talbot College,’ he studied English, sociology, and drama, at last he Studied Drama at Royal Academy of Dramatic Art(RADA).

He was also a good Football Player, he got a chance to play for Arsenal Junior Team , when he was 12 , but it was very difficult for his parents to relocate to London so he missed the Opportunity. 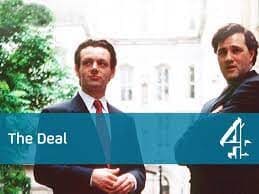 Michael in The Deal 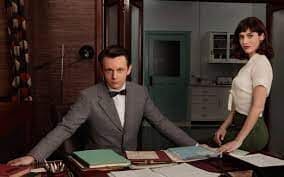 Michael in Masters of Sex

Michael Sheen mainly worked in  theatres, during the initial phase of his career, He had his first role in When She danced Play at the Globe Theatres in 1991, In 1992 he made his appearance in Romeo and Juliet & Don’t fool with love in the next year, in 1994 he had the role of Peer Gynt , in the same year he also performed in ‘Le Livre de Spencer’ at a Paris theatre.

In 1995 he acted in the Play Seagull , In 1995 itself he made his first film Debut by the film Othello , In 1996 he appeared in “The Ends of the Earth “, His most significant Stage role came when he played the role of Henry V in the play Henry V, Michael Sheen’s Performance as Tony Blair in the film The Deal , was a very hugely talked about film, The Daily Telegraph called his performance as Earnest ,yet Steely Portrayal. The Guardian said that He was Excellent in the Film.

Sheen played the Title role in Hamlet for about a year from late 2011 to early 2012, he received a lot of praises for his role .‘The Independent’ called his performance “recklessly brilliant” .His performance in “Fantabulosa” also attracted a lot of public to him , and it was also one of the most important films of his career, It was stated as Mesmerizing by The Times. His work in the TV Series Masters of Sex  was appreciated by the Critics for its Imperative approach, and also grabbed a good amount of attention among the audience.