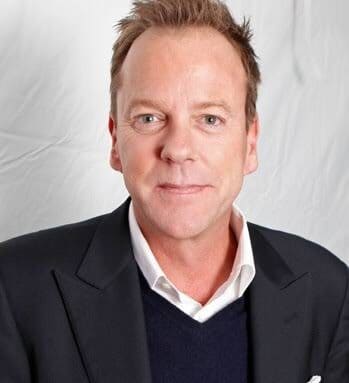 Kiefer Sutherland is a versatile actor who has played a wide range of characters. He chose to be an actor after being born to actor parents Shirley Douglas and the legendary Donald Sutherland. He began his career in minor roles in coming-of-age films such as ‘Max Dugan Returns,’ ‘The Bad Boy,’ ‘Stand by Me,’ and ‘The Lost Boys.’ With supporting roles in ‘Young Guns’ and ‘Flatliners,’ he began to gain attention. He was in films such as ‘A Few Good Men,’ ‘The Three Musketeers,’ ‘Twin Peaks: Fire Walk with Me,’ ‘Eye for an Eye,’ ‘Dark City,’ ‘A Time to Kill,’ and ‘Phone Booth,’ with varying degrees of success. Switching to television, he played agent Jack Bauer in the series 24.’

Over the course of eight seasons, he received numerous accolades for this role, and he was consistently nominated for Golden Globes and Emmys. He was also appointed as one of the serial’s executive producers. He has garnered a Golden Globe and two Emmy nods for the series. He also has a star on the Hollywood Walk of Fame.

On December 21, 1966, Kiefer Sutherland and his twin sister Rachel were born to actors Donald Sutherland and Shirley Douglas. His parents got divorced when he was just 4 years old. His mother moved to Toronto in 1975, taking him with her. In Toronto, he attended Crescent Town Elementary School and John G. Althouse Middle School before switching high schools five times. He also took acting classes on weekends to hone his skills. 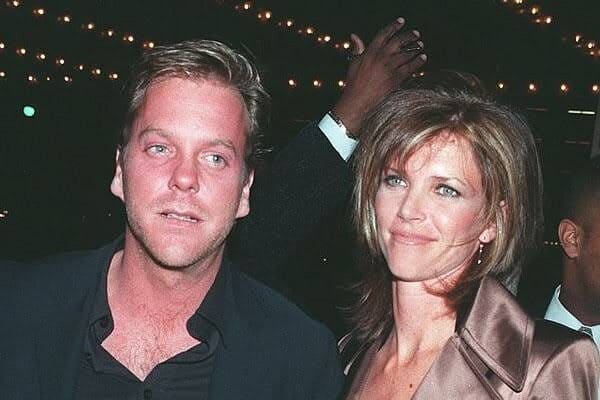 Stand by Me,’ his first American film, was released in 1986. He played “Ace” Merrill, a bully, in this film about four boys looking for a dead body.

For the first time, he appeared in a Joel Schumacher film, the 1987 horror-comedy ‘The Lost Boys.’ The film was a critical and commercial success. Sutherland would continue to collaborate with Schumacher in a number of films. He co-starred in the 1990 sci-fi thriller ‘Flatliners,’ alongside Julia Roberts, Kevin Bacon, William Baldwin, and Oliver Platt, as one of five medical students researching life after death. In 1992, he appeared in the psychological thriller ‘Twin Peaks: Fire Walk with Me,’ and he played Lieutenant Jonathan James Kendrick in the Oscar-nominated film ‘A Few Good Men.’ Sutherland co-starred in ‘The Vanishing,’ an unconvincing remake of a Franco-Dutch thriller, and ‘The Three Musketeers,’ which received negative reviews but did well commercially in 1993. He portrayed serial killer Robert Doob in the 1996 crime thriller, ‘Eye for an Eye.’ The film, which also starred Sally Field and Ed Harris, was panned for glorifying vigilantism. The 1998 sci-fi film ‘Dark City,’ now considered a cult classic, starred the actor alongside Rufus Sewell, Jennifer Connelly, and William Hurt. The film was nominated for various prizes at film festivals all around the world.

He played a supporting role in the 1996 box office smash ‘A Time to Kill,’ directed by Joel Schumacher. Matthew McConaughey, Sandra Bullock, Samuel L. Jackson and Kevin Spacey starred in the film. The television series ’24,’ which stars Sutherland as Counter Terrorist Unit (CTU) agent Jack Bauer, debuted in 2001 and has since aired 192 episodes over eight seasons. Each episode’s events take place in real-time. Despite appearing onscreen for only three minutes in Joel Schumacher’s thriller ‘Phone Booth,’ the actor was given second billing behind Colin Farrell. In the film, he is the enigmatic caller. He co-starred with Michael Douglas in the 2006 thriller ‘The Sentinel.’ Both play the part of a secret service agent. The film, directed by Clark Johnson, was met with critical acclaim. In the 2012 supernatural drama series, ‘Touch,’ he played a former reporter who discovers that his sensitive special-needs son has the ability to predict future events. He appeared in the TV series ’24: Live Another Day in 2014. Fox broadcasted it. From 2016 until 2019, he appeared on the TV show ‘Designated Survivor.’ Kiefer Sutherland as Thomas Kirkman abruptly ascends from the post of U.S. Secretary of Housing and Urban Development to President of the United States when an explosion kills everyone before him in the presidential line of succession. In the television series ‘The Fugitive,’ he played investigator Clay Bryce in 2020.