Ian McKellen is a Famous British Actor who is famous for his roles in  Magneto and Gandalf  in the X-Men and Lord of the Rings film Series, He has acclaimed a lot of appreciation for his work in the Lord of Rings both in  front of the Critics and the audience, He also received Screen Guild Award for best actor Supporting role, He was also appointed as the Commander of the British Order. Moreover He is very much open about he being Gay and , also runs a Lobby group for LGBT Community , named “Stonewall” 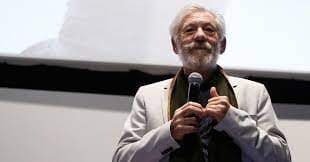 Sir Ian Murray McKellen also known as Ian McKellen was born on 25th May, 1939 and is Currently 82 Years old, he was born in Burnley, Lancashire, England , He has a British Nationality , his Zodiac sign is Gemini and he has no Faith in any kind of Religion, He is an Atheist. Talking about his Sexuality , he is Gay.

Ian was born to Dennis Murray a Civil Engineer and Margery Lois a housewife he also has an elder sister who is 5 years older to him her name is Jean McKellen. Just before the outbreak of the Second World War in September 1939 , they moved to Wigan and then moved to Bolton after the war.

Ian attended the Nursery School Attached to Dicconson Street Wesleyan Primary School then after shifting to Wigan he studied at Wigan Grammar School for Boys, and after that in Bolton School . His parents were open Minded and they allowed him to pursue his dream, He started his career in Bolton Little Theatre. When he was 18 Years old, He won a scholarship to ‘St. Catharine’s College,’ Cambridge, where he actively participated in House theatre and plays. In 2014, he received honorary Doctorate of Letters from the ‘University of Cambridge.’ 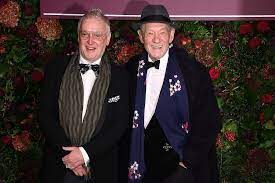 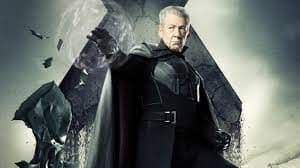 Ian as Magneto in X-Men Ian in Lord of the Rings

Ian in Gods and Monsters

His First appearance came in the year 1961, when he played Roper in A Man For all Seasons at the Belgrade Theatre Coventry . In 1965 he was a member of Laurence Olivier’s ‘National Theatre Company. This led to have roles at Chichester Festival . Between 1970 and 1990 he became well known in the British Theatre , performing for the Royal Shakespeare Company, In 1993 he played a south African tycoon on “Six Degrees of separation “,

In 1998 he played the lead role of Gods and Monsters which was based on  Homosexuality of film director James Whale. In 2000 he played the super villain Magneto in the film X- Men . Again he reprised in the role as Magneto in the film X2(2003), X-Men : The last Stand (2006) and X-Men : Days of Future past(2014). He became quite famous for his roles in the X-Men series, and gained worldwide fame through it.

McKellen starred as Wizard Gandalf in the Peter Jackson’s The Lord of the Rings movie series. The ‘Best Supporting Actor’ award was Presented to   him at the ‘Screen Actors Guild Awards’ for his performance as ‘Gandalf.’ He also received an ‘Academy Award’ nomination for the same role, In 2018 he starred in the Earl of Southampton in the British Fictional Historical Film All is True The following year he played Roy Courtnay and The Good Liar followed by Cats