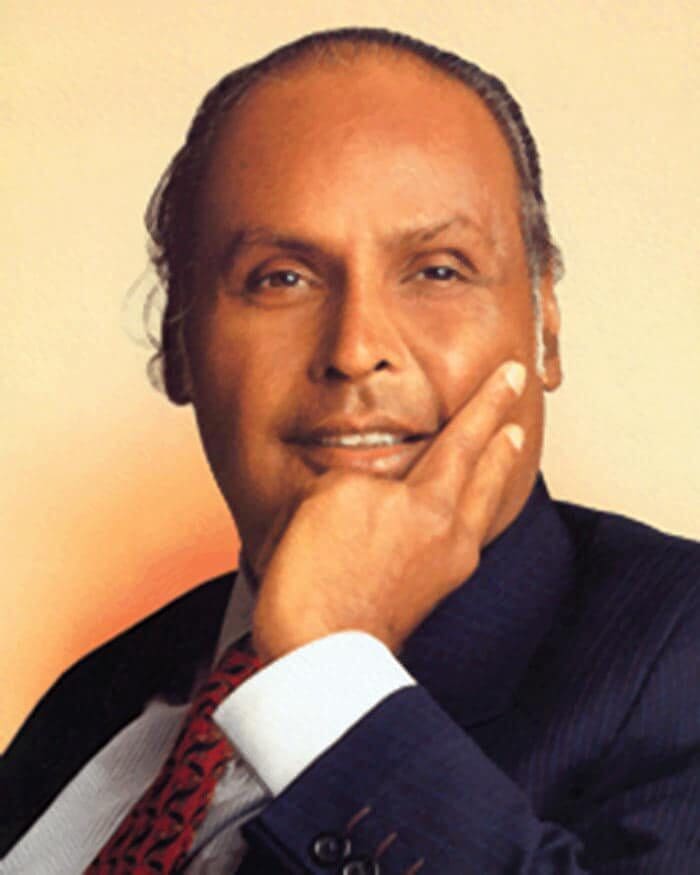 Think big think fast and think ahead because no one has a right over the idea The lines said by Dhirubhai Ambani. He paved the way from a simple man to become the richest man in the world. Very few people would know the real name of Dhirubhai Ambani is Dhirajlal Govardhan Ambani. He born in 28 December 1932 in Chorwad, Junagadh district, Gujarat. He has Indian citizenship. His zodiac sign is Capricorn. His religion is hindu. His father’ name was Hirachand Gordhanbhai Ambani. His mother’s name was Jamnaben Ambani. His brother’s name was Ramnikbhai, Jasuben and Natubhai. His Sister’s name wasTrilochana BenTrilochana. mother was a housewife and his father was a teacher. for whom it was very difficult to bring up their large family. Whereas the money was not complete even for the expenses of the house from the job but the addresses were there.In such a situation, between four more siblings it was hard to study. In such a situation, he had to leave his studies in the middle.And seeing the weak condition of his house, to make a living at home started some work like  selling snacks with his father. Seeing the financial condition of his house, he first started selling fruits and snacks.After that he started selling breakfast at a religious place.His work did not go well so he had to stop this work soon. Whereas because of not being successful in any work He started a job taking his father’s advice. After some time Dhirubhai Ambani started working in Yaman Industries of petrol pamp. with the help of his elder brother. With his true dedication and hard work, he achieved the position of manager in 2 years.Although while working there, he often kept thinking of business ideas.And he did not leave any officer to do business. measure of their success with the story of his life The company he worked for used to give tea to the employees for 25 paise.But he does not drink tea there and goes to a big restaurant and drinks tea for one rupee.He used to do this because he could listen to the big businessmen coming to the restaurant.After sometime start doing business of silver coins, spices, thread and clothes. The name of his clothes Brand is Vimal. The brand was named as Vimal because his elder brothers son name is Vimal. After few time you open his own country named Reliance. Reliance Commercial Corporation was founded by Dhirubhai Ambani in 1966 as a polyester firm. It was renamed to Reliance Industries on 8 May 1973. Reliance later entered into financial services, petroleum refining, power sector. … After the death of Dhirubhai Ambani on 6 July 2002.

Dhirubhai Ambani studied in Bahadur Khanji school and the University of Bombay.  His education qualification was bachelor’s degree in chemical engineering. His wife and girlfriend’s name was Kokila Dhirubhai Ambani. And he have two sons Mukesh Ambani and Anil Ambani. And two daughters Nina Kothari Deepti Salgaonkar.