Cary Grant was a Renowned English-Born American Film and stage actor, who delivered a lot of good Performances throughout his career, He is remembered from his roles in the film like North by Northwest and The Philadelphia Story , entertains and Motivates actors till now. He was one of the well known actors in the Hollywood Industry . He started off as a Juggler as a Part of a Comedy Group . After a successful acting career, He joined the boards of the Academy of Magical Arts Hollywood Park. He was also an Avid fan of bikes and Cars. Cary Grant was born on 18th of January, 1904  He was 82 years old when he died, He died on 29th of November 1986 He was from Horfield Bristol England , His Nationality is American and he is a Capricorn by Sun sign and He is partly Jewish by Religion.

Archibald Alec Leach also known as Cary Grant was born to Elias James Leach and Elsie Maria Kingdon, He said in an Interview that his father was an Alcoholic Patient and his mother suffered from clinical Depression , his father told him that his mother was dead while she was in a Medical Institution, He was abandoned by his father when he was 10 and then he remarried.

Cary Grant was not that much interested in Academics he started to get his primary education from Fairfield Grammar School itself but he was Expelled from that school, later he  joined the ‘Bob Pender Stage Troupe,’ a comedy group, where he performed as a stilt walker. After that along with his troop he went to the  RMS Olympic to England for 1 year , while the troop returned back he decided to stay and thus he managed to join Vaudeville. 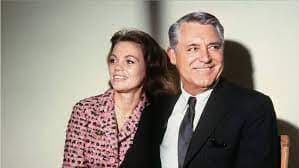 Talking about his love life it is very much Complicated , Cary married Virginia Cherril on 9th of February, 1934  and got divorced on March 26, 1935. In 1942 He married Barbara Hutton, who was one of the wealthiest woman in the world, after the parted their ways , they promised to remain friends.

In 1942, he got married to Barbara Hutton, one of the wealthiest women in the world. After their divorce, the two remained friends. On  11th April , 1981, he married Barbara Harris who was 47 years his junior.

He passed away on  29th November, 1986, after suffering a massive stroke. 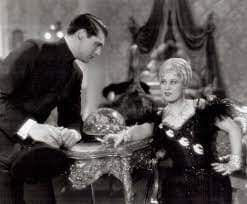 Cary in She Done him Wrong 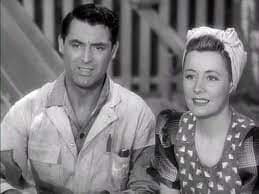 Archibald Alexander Leach also known as Cary Grant is known for his great Comic Timing and Screen Presence. He started his career with stage shows like Irene , Music in May Rio Rita and Wonderful Night. After performing in several Broadway shows he got into Hollywood in the the year 1931 He signed a Contract with Paramount pictures and Changed his name to Cary Grant.

He starred in films like Blonde Venus in 1932 . He got international fame and audience Retention from his films like She done him Wrong and I am no Angel , after that he got a few Unsuccessful movies and signed a contract with Columbia Pictures, In 1937 he gave his first major Comedy Hit film Topper, In  1937 itself he also did a film named The Awful Truth. He also starred in ‘Penny Serenade’ and ‘Suspicion’ in 1941, which became huge box-office successes.

He also starred in films like Holiday ,Bringing up Baby and Philadelphia , In his mid 50’s he opened up his own production hub called Granart Production and produced a Number of Films like Indiscreet(1958) , Father Goose(1964) , After his child Jennifer was born he  retired for the Better Upliftment of his daughter