Alexander Ludwig is a skilled Canadian model, singer, and actor. His impressive filmography includes The Seeker: The Dark Is Rising and The Hunger Games. He is now seen in the History Channel series Vikings.

He was born in Vancouver, British Columbia, Canada on May 7, 1992. He is currently 29 years old. He is now working on the television series Heels. He has three younger siblings: a twin sister and brother called Nicholas and Natalie, and a younger sister named Sophia. Sharlene, his mother, is a former actress, while his father, Harald Horst Ludwig, is a businessman.

Ludwig has been accepted as a performance centre major at the University of Southern California, where he is a member of the Phi Kappa Psi crew and resides in Los Angeles full-time. Ludwig was a dedicated free-form skier who also dabbled in skydiving. Ludwig revealed the truth about his battle with wretchedness, anxiety, liquor addiction, and substance abuse from the age of 14 in February 2019. He told BITE THE BULLET Stories about his recuperation and the discovery of a new identity. 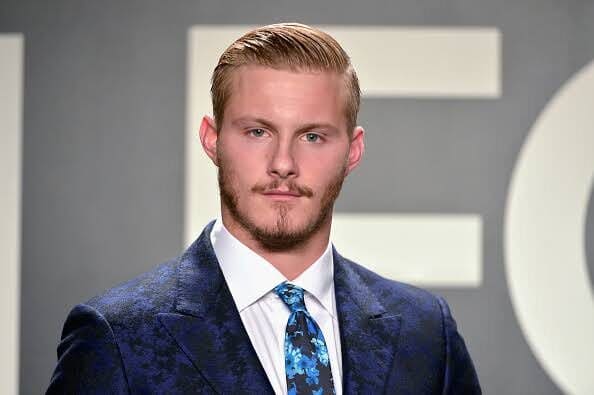 Alexander Ludwig initially appears as an uncredited cameo in the 2000 direct-to-video comedy film ‘Air Bud: World Pup.’ He also starred in the feature film ‘MVP: Most Valuable Primate’ that same year. He made his voice début in the animated feature ‘Scary Godmother: The Revenge of Jimmy’ in 2005. Ludwig made his first main part in the 2007 family drama-fantasy film ‘The Seeker,’ after appearing in films such as ‘A Little Thing Called Murder,’ (2006) and ‘The Sandlot: Heading Home.’ The film was based on Susan Cooper’s second novel in the five-volume children’s fantasy series ‘The Dark Is Rising.’ The film ‘The Seeker’ was widely chastised for ignoring the original material. The narrative was also dubbed “clumsy” and “lacking a heart” by reviewers. In 2009, he played ‘Seth’ in Andy Fickman’s American science fiction adventure thriller film ‘Race to Witch Mountain.’

The film is based on Alexander Key’s 1968 novel of the same name. ‘Race to Witch Mountain’ was a commercial success while receiving mixed reviews from reviewers. Ludwig portrayed ‘Cato’ in the 2012 dystopian action picture ‘The Hunger Games.’ The film gained critical praise at its initial release and was a huge box office triumph, making over $694.4 million on a $78 million budget. Following that, he appeared in ‘Grown Ups 2’ (2013), ‘Lone Survivor’ (2013), and ‘When the Game Stands Tall’ (2014). (2014). Ludwig joined the main cast of Michael Hirst’s historical drama television series ‘Vikings’ in 2014. He played ‘Björn Ironside’ in the series, for which he was nominated for a ‘Golden Maple Award.’ The programme aired its final episode in December 2020, after over 8 years on the air.