Gwyllyn Samuel Newton Ford, better known as Glenn Ford, was a well-known actor. Ford’s career spanned more than 50 years and was renowned throughout the Hollywood Golden Age. After being born in Quebec, Canada, he began his performing career in West Coast theatre companies. At the age of 23, he joined Columbia Pictures. He made his feature film debut in the drama film ‘Heaven with a Barbed Wire Fence,’ directed by Ricardo Cortez. Over the years, he appeared in a number of films, including ‘Gilda,’ ‘A Stolen Life,’ and ‘Blackboard Jungle.’ His portrayal as the main in the film ‘Pocketful of Miracles’ earned him the Golden Globe Award for Best Actor. The picture was also nominated for an Academy Award. Ford was honoured with a star on the Hollywood Walk of Fame for his outstanding contributions to the business. He has also earned a number of other notable honours. He died at the age of 90 at his Beverley Hills home after a long and fruitful career. Glenn Ford was born on May 1, 1916, Gwyllyn Samuel Newton Ford in Sainte-Christine-d’Auvergne, Quebec, Canada. His mother and father were Hannah Wood and Newton Ford. He was related to Sir John A. Macdonald, Canada’s first Prime Minister, as well as Martin Van Buren, the eighth President of the United States.

Glenn Ford won the Golden Laurel Award for Best Male Comedy Performance in 1958 for his performance in ‘Don’t Go Near the Water.’

For his outstanding performance in the 1961 film ‘Pocketful of Miracles,’ he received the Golden Globe Award for ‘Best Actor- Comedy or Musical.’

In 1987, he received the Donostia Award at the San Sebastian International Film Festival. Ford and his family moved to Santa Monica, California, in the United States, when he was eight years old. He began performing with small theatre groups after graduating from Santa Monica High School. 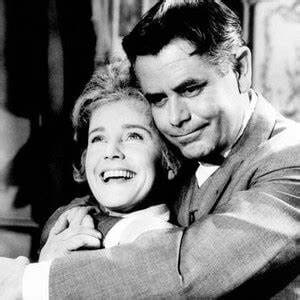 Eleanor Powell, an actress and dancer, was Glenn Ford’s first wife. In 1943, they married and had one child, Peter Ford. In 1959, the couple divorced. Glenn Ford began his acting career in West Coast theatre companies. He joined Columbia Pictures in 1939. In the drama film ‘Heaven with a Barbed Wire Fence,’ he made his film debut. The film, directed by Ricardo Cortez, starred him in the lead role. Ford’s performance in the film drew the attention of renowned director John Cromwell, who cast Ford in a significant role in the 1941 film ‘So Ends Our Night.’

During World War II, he appeared in a few war films, including ‘Flight Lieutenant’ (1942), in which he played a young pilot. In 1943, he played a major role in the war drama ‘Destroyer,’ alongside Edward G. Robinson. They played US Navy sailors during WWII in the film.

He had an uncredited role in the film ‘Guadalcanal Diary,’ which was about the battle of Guadalcanal between the US Marines.

During the war, Ford volunteered for the United States Marine Corps Reserve, but he did not get the combat experience he had hoped for. He did, however, receive the American Campaign Medal, the Asiatic-Pacific Campaign Medal, and the World War II Victory Medal for his three years of service.

In the 1946 American film ‘Gilda,’ he played a young thug. The film, directed by Charles Vidor, went on to become one of his most memorable works.

Glenn Ford’s most memorable film is ‘Gilda,’ a 1946 crime drama directed by Charles Vidor. He played the lead role of a gambler who was going through a rough patch. Rita Hayworth, George Macready, Joseph Callela, and Steven Geray also appeared in the film. Critics gave the film mostly positive reviews.

‘Interrupted Melody,’ a biographical musical film released in 1955, is one of Ford’s most successful films. Curtis Bernhardt directed the film, which starred Ford in the lead role, as well as Eleanor Parker, Roger Moore, Cecil Kellaway, and Peter Leeds. The film was nominated for three Academy Awards, one of which it won.

Another of his most notable roles was in the 1978 superhero film ‘Superman,’ in which he played the titular character’s foster father. The film, directed by Richard Donner, was based on the popular DC Comics superhero Superman. The film focused on Superman’s origin, birth, and early life, as well as how he later fights evil while disguised as a mild-mannered reporter named Clark Kent. It was the most expensive and also commercially successful.