Katherine Matilda Swinton also known as Tilda Swinton is a British Actress who is famous for her roles in “Michael Clayton” a legal thriller film, in 2007 , for this film she also won an Oscar for supporting role. She is also got international fan following from the role of “The Ancient Role” in Doctor Strange. Tilda Swinton was born on 5th November, 1960 she is currently 61 years old and she is from London ,England . She is British by nationality and her zodiac sign is Scorpio and she follows Christianity as her Religion.

Tilda Swinton is actually from Scotland, Her Father John Swinton was a Major General in the British Army and her mother was Judith Balfour and she has 3 Brothers, namely Alexander Harold Swinton, James Christopher Swinton, William Henry Swinton.

Tilda Swinton was an Army Brat and thus she had to change a lot of schools , she studied at 3 different Schools, one of them being an expensive Boarding School named West Health Girl’s School. She accepted that she had to face a lot of criticism in boarding Schools.

She later attended New Hall which is Presently called Murray Edwards College at the University of Cambridge, from where she received a degree in social and political science in 1983. It was the phase when she got into the Real Acting on stage. 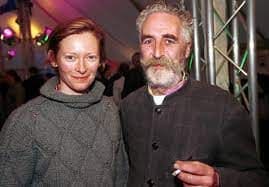 Tilda with her Children

Tilda Swinton was married to John Byrne but the couple parted their ways in 2003 , They have two children who are twins, Honor and Xavier Swinton Byrne . Currently it is said that she is in relationship with Sandro Kopp, a German Painter. Tilda as Ancient One 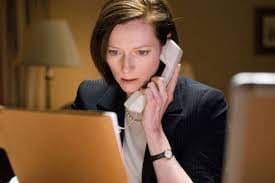 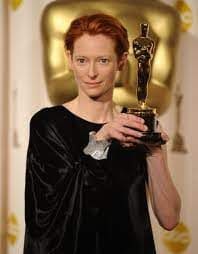 Talking about Tilda Swinton’s career , She is an Extremely talented Versatile actress who never disappoints her audience, She joined the Royal Shakespeare Company in the year 1984 and appeared in “Measure for Measure”. Her first breakthrough in Cinema World was in 1986 Drama Film “Caravaggio” in 1986 she begun her TV Career through a role in a mini Series “Zastrozzi: A romance”.

She also appeared in the films like “The last of England” , Edward II for which she also won many awards.in 1996 she appeared in Female Perversions, Conceiving Ada(1997), “The War Zone”(1999).In 2001 she starred with Tom Cruise in the Sci Fi  psychological thriller ‘Vanilla Sky’.

Her major works include “Michael Clayton”, a Legal Thriller Film in 2007 for which she also Received an Oscar for best actress in supporting role , then she also was a lead role in 2011 psychological thriller film “We need to talk about Kevin”, Swinton earned nominations for the Golden globe award and also the BAFTA Award for her performance. She also gained international fame for her role as “The Ancient One” in Doctor Strange .